Login to bookmark this Job 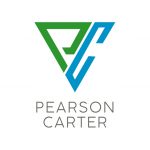 A key London based End User based in North London are looking to hire a Junior Analyst to come on and join their well established operation. The company itself is one of the leading importers and distributors of textile products globally and have a proven track record when it comes to retaining and developing a hard working IT Team.

They are looking following candidate skillset:

They are looking to hire quickly and in return for the above, can offer the following:

We are a leading Microsoft Dynamics NAV recruitment agency!

Apply For This Job